A podcast about the witchcraft, new age and spiritual community. We are not your average love and lighters. We have been in this scene too long and we are calling out the b.s. And also, hexing some people along the way.

The Witches have a conversation with Jake Richards about his awesome book, Backwoods Witchcraft: Conjure and Folk Magic from Appalachia. He talks about the inspiration behind the book and how his family practices folk magic in their every day lives. 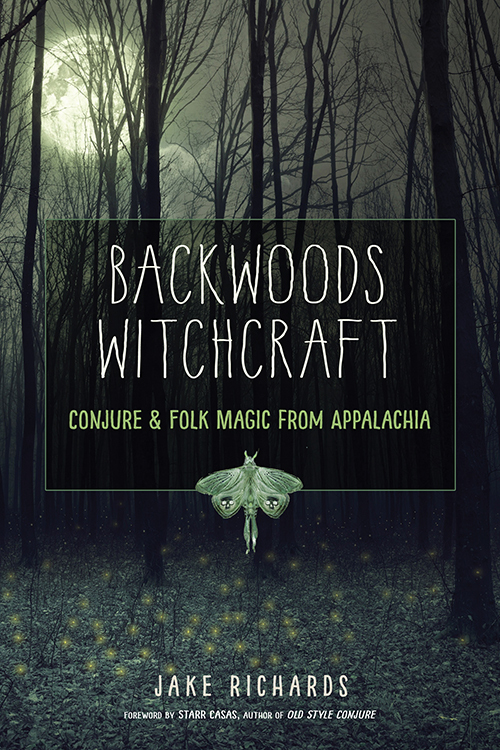 Tony Robbins was accused of sexual misconduct by four women in a Buzzfeed article. Now, more women are starting to come forward. Plus, a video of him using racial slurs as has also surfaced.

Kieth Raniere is on trial for using his now-defunct self-help empire, NXIVM, to hide an elite sex cult complete with sex trafficking, kidnapping and a tier of slaves. He used his influence and power to pressure his followers into sleeping with him in the guise of helping them heal their sexuality.

Both men have been outed partly because of the influence of the #metoo movement. Especially, Tony Robbins who put light on himself by claiming that #metoo was an excuse for women to become relevant.

The Witches talk about these two men and how they have gotten away with their predatory behavior because people were bullied into silence or threatened by lawyers to stay quiet.

**TRIGGER WARNING - In this podcast, we talk about graphic sexual acts, rape, sexual assault, and other disturbing behavior.**

NXIVM Branding Was Scripted by Sex Cult Leader to Be "Like a Sacrifice" (The New York Times) - https://www.nytimes.com/2019/05/26/nyregion/nxivm-cult-trial-branding.html

In NXIVM Trial, a Woman Lured Into Sex with Cult Leader Describes His Harem (The New York Times) - https://www.nytimes.com/2019/05/23/nyregion/nxivm-cult-trial.html

Tony Robbins is a Major Jerk (and Other Reasons You Should Follow His Lead) by Michael Schein - https://www.forbes.com/sites/michaelschein/2018/05/03/tony-robbins-is-a-major-jerk-and-other-reasons-you-should-follow-his-lead/#77a5b8267be9

Tony Robbins' and Nanine McCool at "Unleash Your Power" event re: #MeToo: https://youtu.be/kvkA7fhUKe0

Audio Clips are from CNN and ABC News and were found on Youtube except for the ones that are mentioned above. Links are provided.

The Witches deep dive in the caustic waters of spiritual bypassing. They share some of their own experiences where they were shamed for having emotions or reacting to someone else's negative behavior. Plus, they question Byron Katie's "The Work" and explain why doing shadow work should be non-negotiable.

Mentions in this Episode:

Play this podcast on Podbean App